The Forge Of Creation

Azmuth is upset with Ben, Gwen, and Kevin for letting Aggregor get all the pieces of the Map of Infinity. Ben resolves to become Alien X to get Bellicus and Serena to cooperate. When this fails, Paradox arrives and changes Alien X back to Ben. After a brief argument, Paradox and Azmuth explain that the Forge of Creation is where all Celestialsapiens (Alien X’s race) are born, and Aggregor hopes to absorb the powers of a newborn Celestialsapien and become all-powerful. Paradox takes them to the Forge of Creation, where an accident pulls Ben’s ten-year-old self out of the timestream. After a few difficulties, past-Ben teams up with his future self to stop Aggregor. As they make their way through the Forge, they discover many Celestialsapiens in debate with themselves, and eventually a Celestialsapien egg. Aggregor reaches the egg at the same time the group does and takes everyone out with ease. In a last-ditch effort, Kevin absorbs energy from present-Ben’s Ultimatrix, but the process drives him insane. He now looks like his old self but has the new aliens instead of the old ones. Kevin easily defeats Aggregor before absorbing his stolen power and attempting to kill him only to be met with opposition from Gwen and both Bens. Past-Ben manages to get through to Kevin, who spares Aggregor’s life before flying away, claiming he won’t be so merciful tomorrow. Paradox arrives at that moment to take them home before the other Celestialsapiens wake up and return past-Ben to his own time period. Paradox claims that past-Ben will dismiss the entire experience as a dream while present-day Ben resolves to stop Kevin. 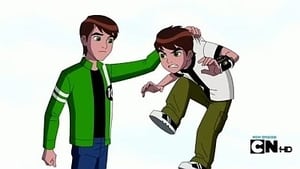 Nov. 12, 2010
We are not responsible for any of the Video. We are just scraping and Indexing them. If you want them removed Contact the Hosting where they are Hosted for a permenant Solution. HAVE A NICE DAY


We are not responsible for any of the Video. We are just scraping and Indexing them. If you want them removed Contact the Hosting where they are Hosted for a permenant Solution. HAVE A NICE DAY